I've spent a while processing my trip to Auschwitz and the thoughts of that trip.


Poland is fabulous - and I will definitely go back.


Research-wise, of course I HAD to visit Auschwitz/Birkenau. Everybody should go, they just should. It's a worthwhile thing. Disquieting, if a little 'cold'. 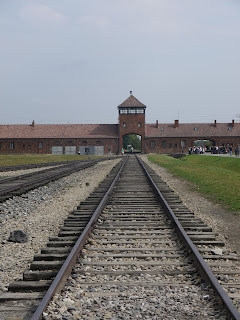 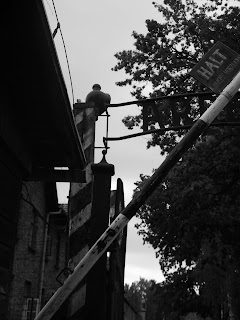 It was not at all what I expected although I couldn't say what I actually did expect. For a start it’s huge, a massive area. It was impossible to get a real sense of how it was, of course. I do feel being with a guide and in a group shaped the experience, the guide was necessary in the first instance – he was knowledgeable and we were given factual information in addition to what could be gleaned from the information points, but I would have liked to have some time wandering around alone, thinking. That was the downside of being in/with a group. There wasn't really time for thinking during the tour, it was on to the next part, then the next part, in the queue, ushered through and so on.


The group I was with was a group of old soldiers (REME Association – Teesside Branch) which gave a different, yet positive slant; they laid a wreath at the wall where the shootings had occurred, which was a touching and respectful moment.

I had imagined I would be in pieces the whole time yet I wasn't, I tried to feel empathy but in the main that was actually difficult. I tried to concentrate, to connect and 'feel', but it was unbelievably difficult and almost incomprehensible. There were moments however, when it was completely overwhelming and very emotional, though the whole thing is beyond understanding. 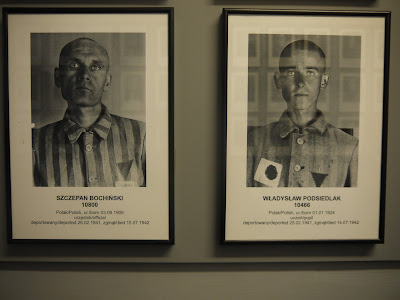 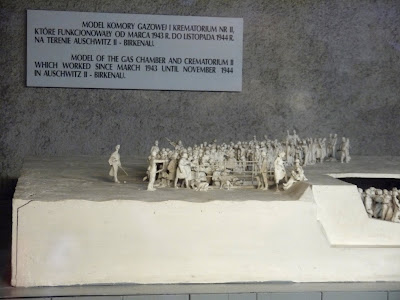 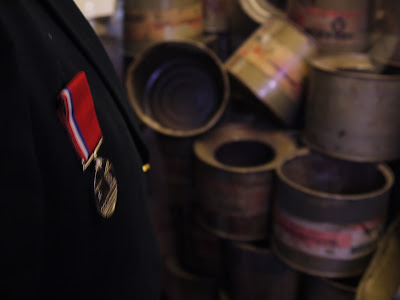 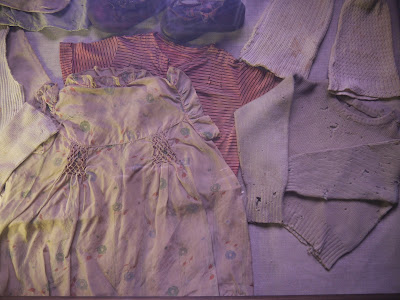 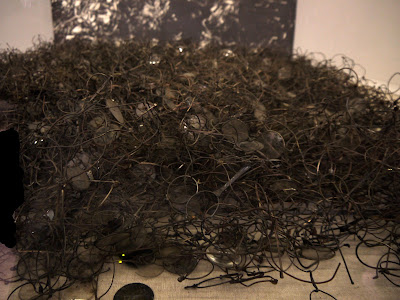 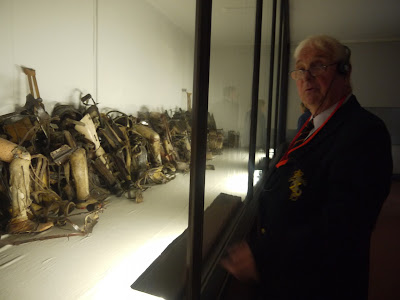 I became very interested in the other tourists, many, many of them. The number was somewhat unexpected, yet necessary and somewhat heartening. It brought me back to the 'Dark Tourism' aspect of my research – where it all began; the behaviour, expressions and actions of the tourists, from all over the world, were very sobering. 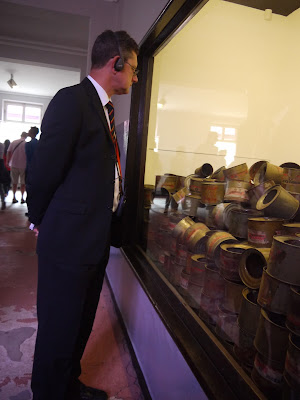 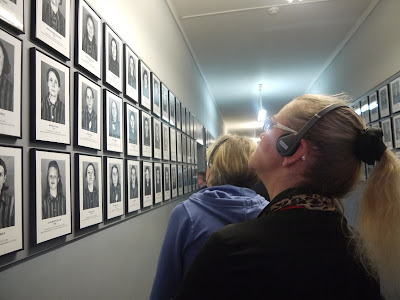 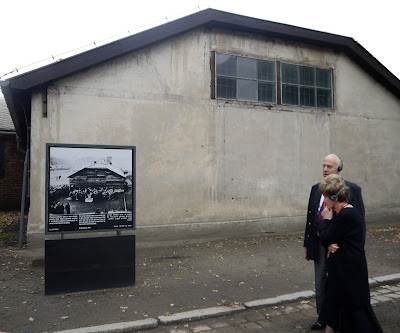 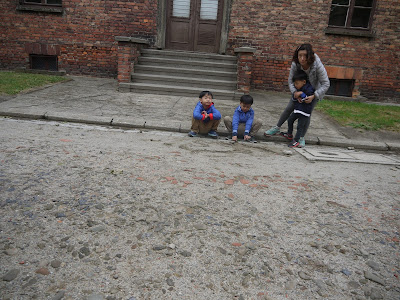 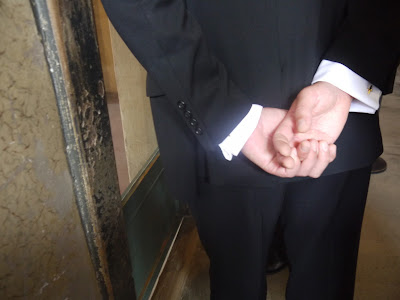 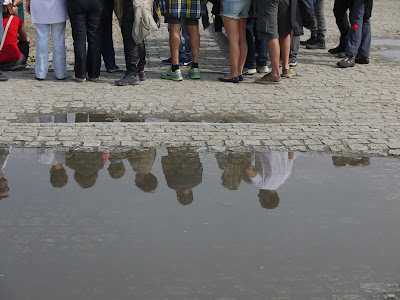 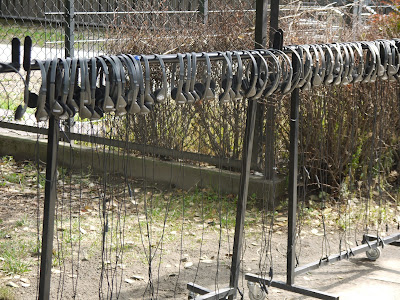 There was also a gift shop, but you didn’t have to exit through it.

Whilst in Krakow, I visited Oskar Schindler's Factory which is now a museum about life in wartime Krakow, including information and exhibits about the Jewish community and the ghettos; real, gritty, evocative photographs. I would have liked it to have had more about Oskar Schindler, his factory, the events, individual stories etc. but there was very little.
One afternoon, I took myself off and went back to the ghetto alone. I thought I would explore the back streets and try to imagine/see what it was like back then, physically if not emotionally. Many of the buildings are not original so it was difficult although there were some, again it was hard to imagine at all what life must have been like for the people behind the walls. I stood for a long time at the section of wall remaining that was built around the ghetto to contain thousands upon thousands of people. 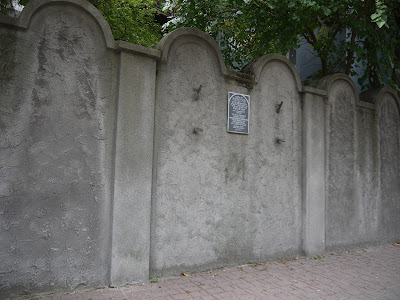 After my visit, I now feel I do not want to do 'work' on the subject, at all. At least I know that now. However, I am sure the experience will somehow reshape my thoughts, my inner person and my outlook.
Posted by claire a baker at 21:29